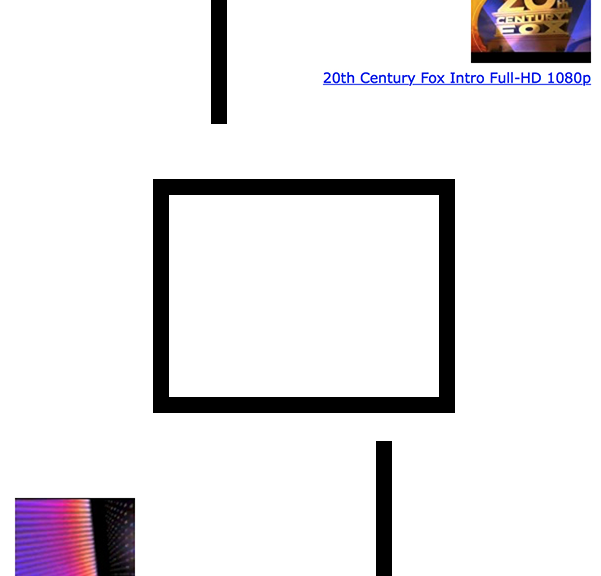 Here we go, it’s the big tomata!  After weeks of furious voting we have separated the wheat from the chaff and are rolling into the final four of our Feature Presentation Tournament.  Each region is represented well as we have the solid contenders as well as a few surprises busting it’s way to this last week of battling.  Which type of feature presentation do you like?  Which one from each type is heads above the rest?  It’s your turn to vote, but first, let’s check out our Final Four.

The Movie Studio Region flushed away the number one seed in Disney and pushed forward the iconic, the classic, the Pavlovian orchestral tones of the 20th Century Fox introduction. You really can’t get better than this.  Well maybe that and the Lucas Film feature presentation right after.

We here at Gonzoland are suckers for trash cinema and drive in schlockiness.  You can that that grimey feel for the emergence of the Our Feature Presentation bumper from the Wild Card Region.  Big time directors use it and we even still see it in use in theaters today.  The blue blood of the tournament.

AMC has solid feature presentations all around so it makes sense to see its best represented in the Movie Theater Region.  Admittedly, it’s a home town favorite for the Gonzo Guys so it was clear that the home field advantage proved fruitful for the film strip looking dude and his film reel surfboard.

Probably the biggest surprise of the whole tournament, the late 80’s HBO Feature Presentation burst its way through the play in and then swept the field in the Cable Television Region.  HBO itself isn’t much of a surprise but we are still shocked that it beat out its older brother from the Play In.  Just goes to show anything can happen during Summer Madness.
Create your own user feedback survey
Now it’s your turn.  All four are solid contenders and it’s up to you to help choose which one is our Feature Presentation Tournament winner.   You have one week.  One vote (unless you refresh the page or clear your cache).  One chance to put your mark on this classic tournament.  Go vote!